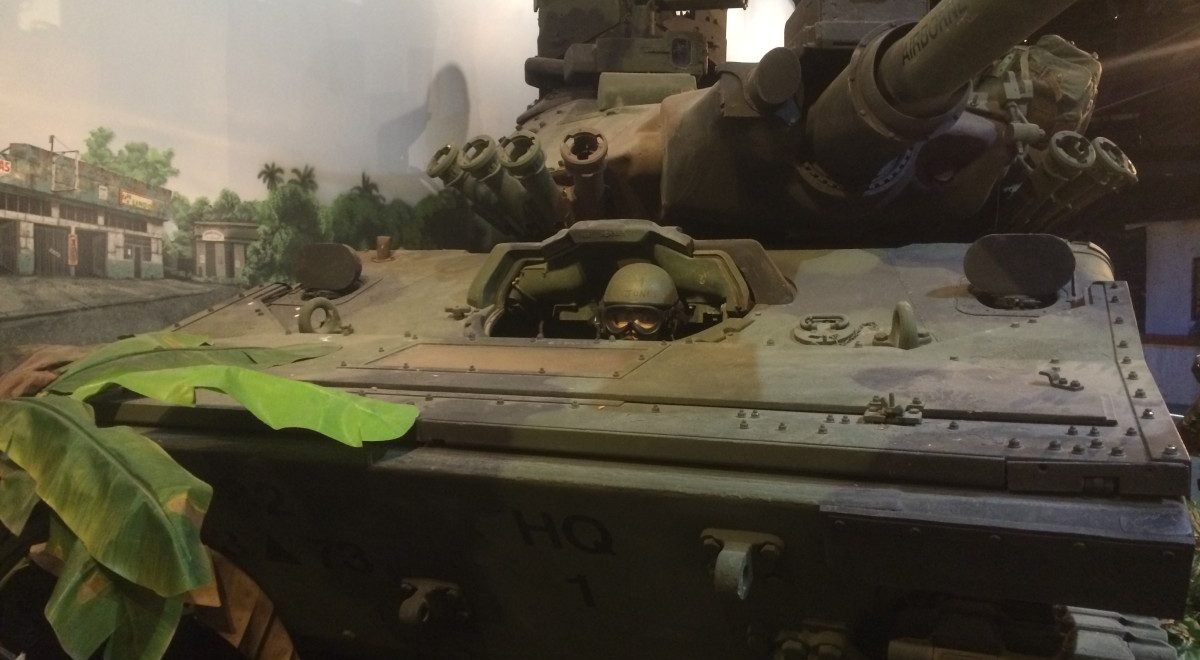 10:17 – We made it to Fayetteville, NC. Our first time in North Carolina in Meriwether! Home of Army Airborne Special Forces and Fort Bragg.

We’ve heard it said that this is the worst city in the world to start a bar fight. You can’t throw a rock around here without hitting some SpecOps guy… and by the way, I don’t recommend doing that.

10:18 – But I digress… in Charleston, SC there was a bit of a problem. Our goal was to get to Virginia Beach, VA. Looking at our options, there wasn’t really anyplace we wanted to stop in between.

I have this rule about driving no more than 250 +/- miles per drive. AND I’ve instituted a new rule that makes it so our standard is staying in one place for a minimum of 2 weeks instead of just 1 to avoid RV life burnout.

Talk about making things impossible for my sweet Navigator. She really wants to get to VA as we have family there, and she was willing to drive the 9 hours straight to get there. I put my foot down and said, “No way!” So we were at an impasse.

Now for those of you who don’t know, Brittany and I have never fought… about anything. Ever… We are really good at communicating with one another. So we started looking at options. Raleigh was an option, and Fayetteville was an option. I left it to the Navigator to make the decision between the two and she went with Fayetteville. My concession in the deal was to agree to stay just one week instead of two.

10:24 – Who would have thought that Fayetteville would be this much fun? Our campground at Smith Lake Army RV Park is very beautiful, downtown Fayetteville is quaint, the museums are amazing, we’re surrounded by history and we’ve even found some good eats! Not to mention that we got to see a game of Swampdogs Baseball!

10:26 – We bought a few items for Meriwether. We bought a brass “Y” valve, a never-kink hose, an adjustable nozzle, and a cover for our Weber Q2200 grill.

10:31 – We also took care of some maintenance items. I replaced the crank for the analog antenna, and we scrubbed all of the bugs off the front of Meriwether and washed the front end cap. He looks very handsome all gleaming in the sun. For those interested, the bug remover we used is excellent and here it is:

10:35 – I’m a little nervous about how little diesel we have in the tank right now. We probably pushed it a bit too far. But hopefully we’ll get to a diesel station directly when when we leave here on our way to visit Adam and Linia in Virginia.

Remarks – Our Captain’s Log section of the blog is more for us to look back and reflect on. This section of the blog was never really intended for everyone, but we promised to be transparent from the outset, so we figured we’d post these type of posts publicly. Hopefully if you’ve read this far, you’ve found it somewhat interesting. It really just chronicles the normalities of our day-to-day lives as full-time RVers. In other news, today is a very special day for me. 21 years ago on August 7th, 1993 I became a Christian. I also had my last drink of alcohol that day. ~ E

12:46 – I have so many RV Wanderlust articles I’ve been wanting to write. I want to finish my epic on the Natchez Trace Parkway, I want to write about my vacuum that I love…But whenever I find myself with free time, I usually choose to spend it on an extra work project, or doing chores.

However, you may have noticed that we did reorganize the navigation bar of our blog. The main tabs used to be Displaying Ignorance, Seeking Wisdom and Exploring America, with Captain’s Log at the end. We liked the poetry of it all, but found that the categories weren’t practical for what we regularly write about. Our categories are much more practical now. On seeing the changes, Eric suggested we add a section for Product Reviews. I’m onboard with that, so that change will come…sometime!

I’ve been very productive on the chore front this week! In addition to helping Eric wash Meriwether (so long coming!), I mopped, cleaned the vacuum filter, vacuumed the basement, cleaned our air filters, cleaned the shower walls (plexiglass) for the first time, wiped down all the AC vents, and wiped down the ceiling where our big slide seems to be kicking up some dirt over time. I’m definitely one of those cleanliness-is-next-to-godliness types, and in such a small space every imperfection sticks out!

My grandfather, Stanley Debogorski, was a paratrooper in WWII. It wasn’t until after the war that he immigrated to Canada with his new wife and firstborn (as the story goes, my Uncle Alex was born on the boat). Unfortunately, that timeline meant that – being Polish – he saw all the horrors of war, and lost close family members to concentration camps of the Holocaust. As if having a target on his back as a Pole wasn’t enough, he chose to fight, serving from at least 1939 through at least Operation Market Garden in September 1944. As if choosing to fight wasn’t enough, he chose to become a paratrooper – still a novel military role.

Though Grandpa Debogorski was not a U.S. Army paratrooper, studying the history of American paratroopers here in Fayetteville has made me feel closer to him, and his increased my respect for his heroism and character. I wish I had met him here on earth, but I hope to meet him someday. -B