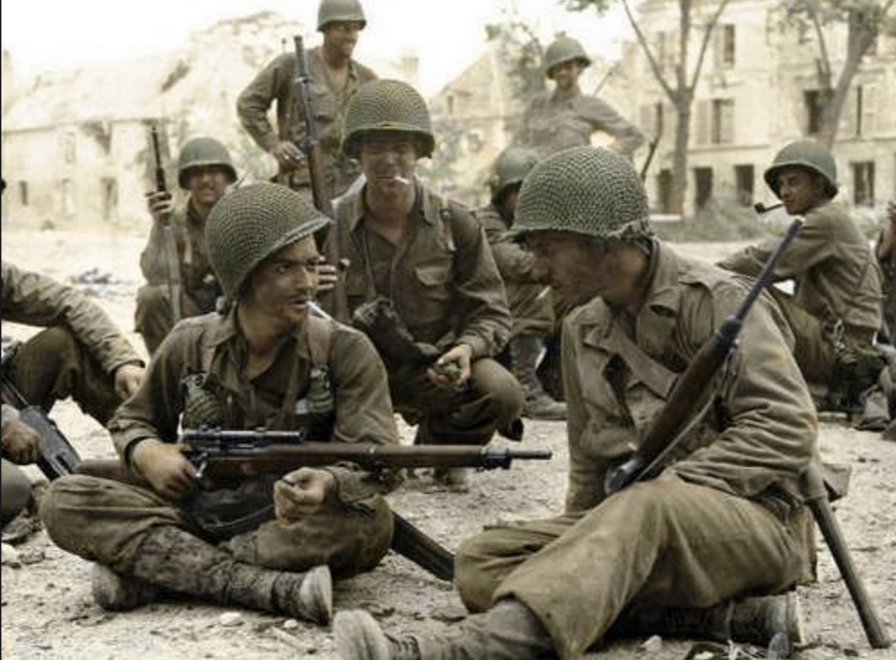 I sat here looking at my screen, a blank page with my cursor blinking. The cursor taunted me, as if it were waiting for me to open up this Jeep history article with something epic.

But the story behind the iconic Jeep is something you don’t have to embellish to make epic. The true story of what really happened already is.

Let’s just start by saying that if you love the Jeep brand, you can thank the United States Army. Without the Army there would simply be no Jeep history.

In late 1939 to early 1940 the entry of the United States into WWII was imminent. The writing was on the proverbial wall. Though America didn’t officially enter the war until December 7, 1941 it was clear that the nation was not going to be able to stay out of the conflict, regardless of what Roosevelt had promised America.

The Army needed a new scout reconnaissance vehicle that didn’t exist yet, and they needed it yesterday. By the summer of 1940 the United States Department of War was under immense pressure to get this vehicle into production.

Like all military requisitions, they had to put together their specific requirements and date of delivery demands. As you read these, especially the timeline, remember this was 1940. There were no computers, they didn’t exist until around 1946 at the earliest. Communication speed between the Army and the contractors was also a factor.

In short, the Army demanded the creation of something that didn’t exist, in an impossible timeframe.

Jeep History Begins With a Requisition

The Army originally had 8 specific requirements for its light reconnaissance scout vehicle. The vehicle must:

In addition, the Army’s delivery timeline was as follows:

Sound insane? It was.

The Army sent out it’s initial requirements to 135 domestic auto manufacturers on July 11, 1940. Only 2 companies were crazy enough to respond that they could meet the Army’s requirements, American Bantam Car Company and Willys-Overland Motors. <~~ This fact becomes really important later on in the story.

So in the end, the Army got only one prototype from one company: American Bantam Car Company. The team was led by a designer Bantam had recruited named Karl Probst.

Probst designed the American Bantam Car Company prototype which was called the “Blitz Buggy” in 2 days. On September 23, 1940 the vehicle was delivered to the Army in Holabird, Maryland for initial testing.

Well, no… not exactly. This is where it gets a little complicated.

Competitors Willys-Overland and Ford Motor Company were conveniently in the stands to  “spy on” the testing.

American Bantam Car Company was in serious financial trouble and technically the Blitz Buggy failed to meet the Army’s requirements. If that weren’t enough, Bantam simply didn’t have the production capacity to deliver the amount of vehicles the Army required.

The Army was in a pickle.

The Army Gets What the Army Wants

If the Army awarded Bantam the contract, they wouldn’t be able to get what they needed.

So instead, the Army encouraged Willys-Overland and also Ford Motor Company to get involved. How convenient that they were there for the testing of the Blitz Buggy, right?

Not only that, the Army made the controversial decision to provide Willys-Overland and Ford Motor Company with the blueprints of the American Bantam Car Company’s design! Talk about encouragement to get involved.

Keep in mind this was after the competition got to watch the Blitz Buggy in action during trials and take notes on what worked and what didn’t!

Yep. Sound a little fishy to you too eh?

Well, the Army claimed that they “owned” the design and Bantam didn’t argue the point, supposedly because of their unstable financial issues. Though, there might actually have been more to the story. Regardless, Willys-Overland and Ford were now back in the running.

3 Companies Fight for a Place in Jeep History

By this time, the original Blitz Buggy by Bantam had gone through its own series of changes and was now called the Bantam Reconnaissance Car 40 or BRC 40 for short.

Wouldn’t you know that all three designs were strikingly similar? Go figure, they all had a set of Karl Probst blueprints to use as a launch point.

However, the Willys-Overland Quad outperformed the competition at this series of Army trials in late 1940. The engine for the Quad dubbed the “Go-Devil” was superior to the other prototypes by far, but the Quad was still too heavy and still required a redesign.

In the end it didn’t really matter. The Army was under a great deal of pressure from the Department of War. As a result, the Army declared all three prototypes to be “acceptable.”

The Army Selects The Winner of the Contract

In addition, the Army provided additional feedback to the manufacturers based on the most recent series of tests. Then the Army placed orders for 1500 from each of the three manufacturers for field testing. The pre-production models would be required to incorporate the latest feedback.

So now with a few modifications to their existing prototypes, all three companies American Bantam Car Company, Willys-Overland and Ford Motor Company were producing their own versions of the Army’s new scout vehicle.

After field testing all three vehicles, the Willys-Overland MA which featured the “Go-Devil” engine won the first production contract. Willys made a few more modifications before finalizing the design, and designated the new scout vehicle the MB (Military model “B”.)

The Army selected the MB design for production. Moving forward the MB became the standardized Jeep design that would be built at the factory in Toledo, Ohio.

Jeep History Is Made

Officially the Jeep brand recognizes their birthday on July 15th, 1941. This was the day that Willys-Overland received the contract to produce 18,000 MB models.

Why they consider this day the day Jeep history was made, I’m not entirely clear. In some ways it makes sense, in others not so much.

Or maybe if you’re a hardcore Willys-Overland fan, an even earlier date of July 11, 1940 when the Army sent out the initial requisitions. But it wasn’t to be. Jeep history is officially recognized on July 15th, when Willys-Overland got the contract for the MB models and that’s all there is to it.

Regardless of what date Jeep chose as their birthday, the Army required more Jeeps than Willys-Overland could produce. So Willys-Overland granted the government a non-exclusive authorization for another manufacturer to build the Jeep to meet production demands using the Willys-Overland license. The Army chose Ford Motor Company, and American Bantam Car Company, the original designer was effectively pushed out of Jeep history.

By February 1941, the Army’s scout reconnaissance vehicle was in full use during the war. Though the origins of the term Jeep are in question, what is not in question was that everyone was calling the Army’s new scout vehicle a Jeep.

After the war, Ford sued Willys for the rights to use the term Jeep, but they lost the lawsuit and Willys-Overland kept full and sole rights to the name.

Willys-Overland began producing Jeeps for civilians in 1945 with their CJ model which stood for Civilian Jeep. They continued predominately uncontested until 1948 when American Bantam Car Company stepped back into the picture.

Remember at the beginning of this article when I told you that American Bantam and Willys-Overland were the only 2 companies out of 135 to submit bids, and that this fact would become important later on? Well, here is what happened. In 1948 American Bantam went to the Federal Trade Commission and stated that the idea of creating the Jeep was solely originated and developed by Bantam and they were the only company to originally produce the vehicle for the Army.

The FTC agreed and barred Willys from claiming that it had created the Jeep and only allowed it to claim that it contributed to its development. But as fate would have it, American Bantam finally went bankrupt two years later in 1950 and Willys-Overland was officially granted the Jeep trademark.

As you can see, Jeep history is complicated, and it gets even more complicated after Willys-Overland was given the trademark. Try and stay with me on this…

Willys was eventually sold to Kaiser Motors which became Kaiser Jeep. American Motors Corporation (AMC) bought out Kaiser’s stake in Jeep, Renault invested in AMC and got in the mix. Then Chrysler swooped in and bought out AMC. Chrysler then merged with Daimler-Benz and formed Daimler Chrysler who then sold their interests to a private equity company.

The Jeep brand ended up operating under the Chrysler Group LLC until 2014 when the name was changed to FCA US LLC.

What does FCA US LLC stand for?

FCA US LLC owns and/or is involved with: Alfa Romeo, Chrysler, Dodge, Fiat, Ram, Mopar, DriveSrt and of course Jeep.

So You Are Telling Me I Own a Fiat?

Heck no! A Jeep is a legacy, it is a tradition. It eats little imports for snacks.

Let’s face it, a Jeep is one awesome piece of history in your hands. It was built for the war effort and simply has no rival. Many have tried to copy it, but the truth is that they have all faded away while the Jeep has stood the test of time and continues to do so.

Like all things, Jeep continues to go through its stages of existence. But the proud history behind this incomparable vehicle lives on, in, and through Jeep lovers around the world.

Hope you enjoyed this little walk through Jeep history as much as I did. I learned so much myself in the process.