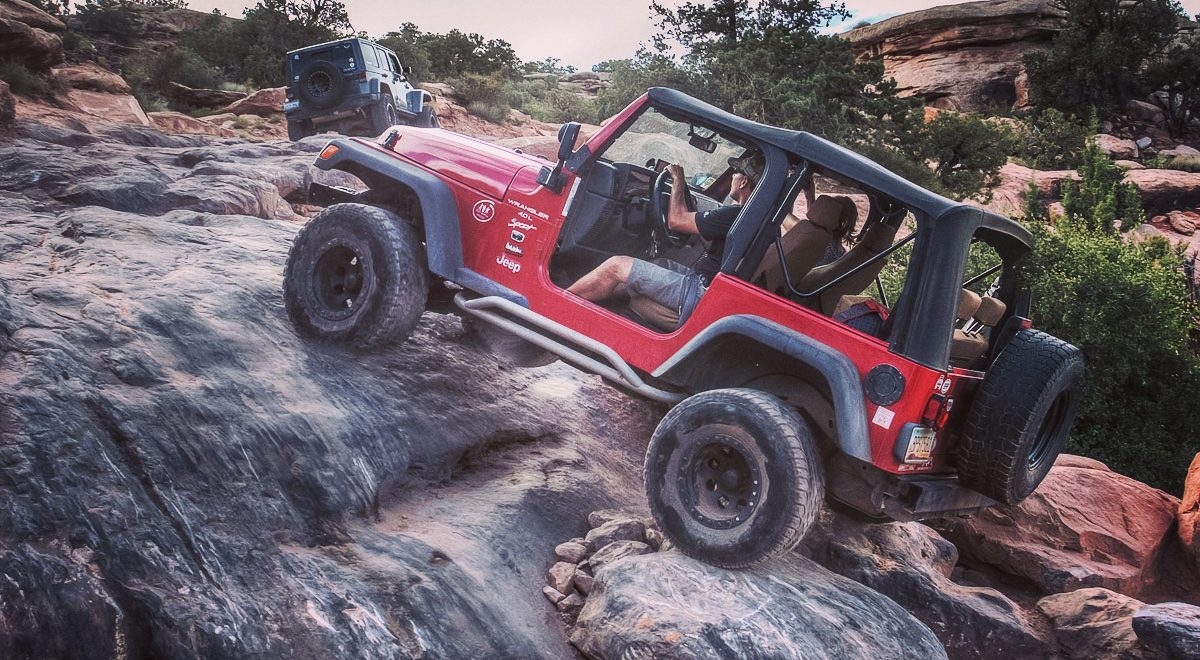 The Jeep Mafia is quickly becoming a Twitter powerhouse in the online Jeep community and it all started with a simple tweet back in 2014.

And so it began.

Social media is designed to be social. The Jeep Mafia gets this.

You laugh? I know it sounds obvious and simple, but the “art” of being social on social media has for the most part been lost.

Today, most Twitter users seem to use the platform simply for promotions of products or services. Cutting through the spam, and finding Twitter users worth following can be a challenge.

Before I tell you the story, I’ll just go ahead and say that if you love the Jeep life, and you are on Twitter, give @THEJeepMafia a follow. For anyone who loves jeeping, they are worth the follow.

So back to the story. The origins of The Jeep Mafia began just a bit before that first Tweet. 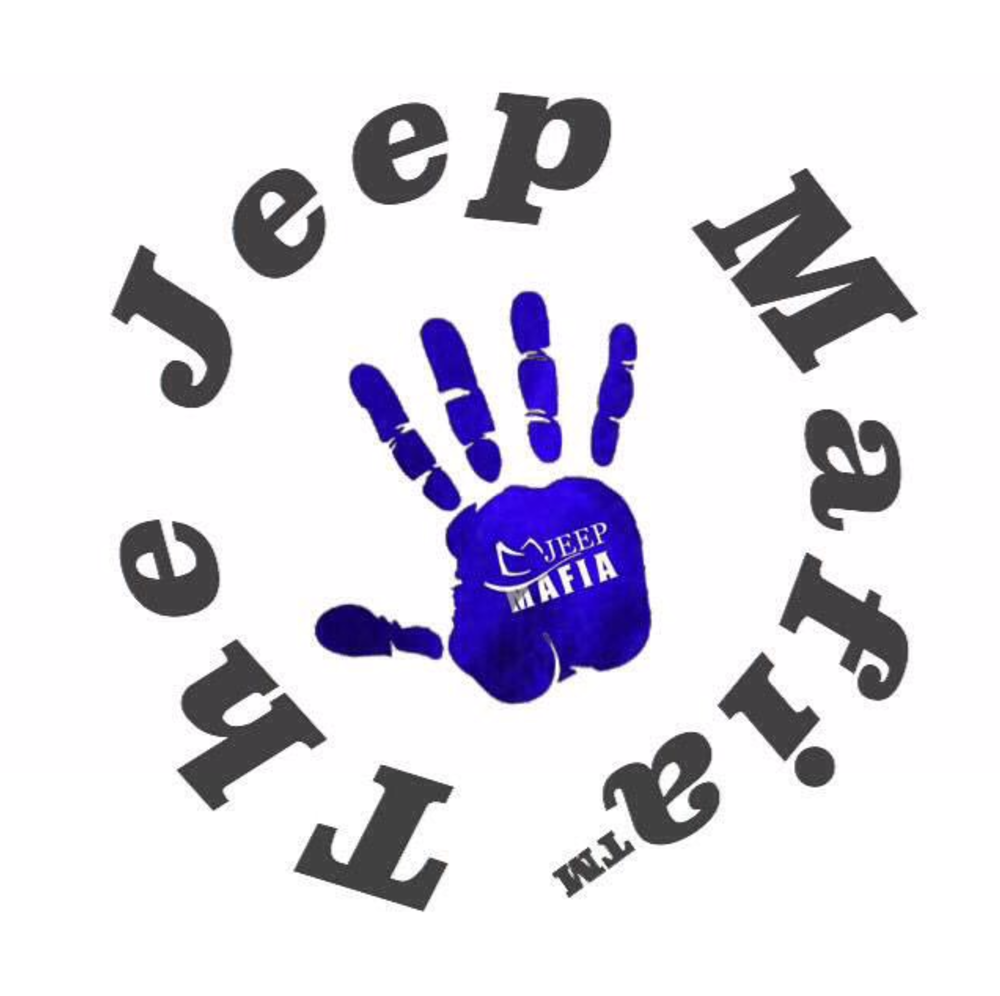 In November 2014, Chris Stockmar was connected via Twitter to three online friends who also had an irrefutable Jeep obsession. Though these four Jeepers had never met in person, they had indeed become friends on the micro-blogging platform and spoke with one another regularly.

Chris decided to create @THEJeepMafia and use it to share the love of Jeeps with others around the world with the same passion for the Jeep life.

Though using Twitter for the newly created group was the brainchild of Chris Stockmar, he wasn’t alone in the endeavor. Chris’ three Twitter-Jeep-obsessed friends joined him in starting the movement. As such, there are 4 people who are considered “Founding Members.”

For the purposes of documenting the origins, these are the personal Twitter handles of the “Founding Four” members:

(By the way, give them a follow too, good Jeep tweeps)

When you combine the passion for Jeeps that these four have, and the flexibility and worldwide appeal of a social media platform like Twitter, good things can happen.

Now pushing over 14,000 members, The Jeep Mafia is one of the most fun places for Jeepers to talk to one another on Twitter.

It has gotten so large, that the four had to bring on a team of moderators and fellow Jeep lovers to help manage it. They all do a fantastic job and there are simply too many of them to mention each by Twitter handle.

Today, this group is an active and vibrant community of Jeepers from all over the world, sharing photos, experiences, humor and of course, getting together to wheel.

Unlike most local Jeep clubs or groups who meet regularly, most of The Jeep Mafia hasn’t really met one another.

After all, could you imagine 14,000 Jeepers meeting up at once?

As of this writing, the founders haven’t even all met one another.

Instead, members stay connected online and meet up with other members who they’ve gotten to know.

It is like having a Jeep club wherever you go.

Think about this for a moment. Let’s say you are taking that trip to Moab, but you don’t want to wheel alone. Tweet to The Jeep Mafia and let them know. Chances are they can connect you with some pretty awesome Jeepers right in that area.

Besides sharing a passion for Jeeps and the Jeep life, the purpose of The Jeep Mafia is to provide a Jeep family wherever your travels may take you. In this, they fill a much needed role in the Jeep community.

For folks like us who travel full time, this is especially helpful. One of the cardinal rules of wheeling, is to never wheel alone. The Jeep Mafia helps fill this void when you don’t know any of the locals. For this we’re very grateful.

There are no fees or dues associated with membership in The Jeep Mafia. To join, simply follow @TheJeepMafia on Twitter.

The only requirement for keeping your membership in good standing is that you must keep all communications on any of their online platforms drama free.

As The Jeep Mafia has grown, so has the platforms on which you can find them.

They have merch available for members which can be requested via their website here.

The Jeep Mafia is as active as you want it to be. Because it is an online Jeep group, you can connect with any member in your local area by simply reaching out online.

The Jeep Mafia does try and get together whenever possible. When they are doing a group wide event, they’ll announce the “official” gathering via their online platforms.

So far members of The Jeep Mafia have participated in the Bantam Jeep Festival, Jeep Beach and Myrtle Beach Jeep Fest just to name a few.

In 2016 they had a large meetup in Moab, Utah where many of The Jeep Mafia USA members met for the very first time after having known each other online for much longer.

From a charitable standpoint, The Jeep Mafia has participated in Toys for Tots and has sent care packages to Military Jeepers serving overseas. One of the members, Kurt, even drove from Georgia to Texas to support Wounded Warriors. The Jeep Mafia obviously has a heart for Veterans and their families.

Only the future will tell just how big events put on by The Jeep Mafia will be.

I asked Jerry, aka @ReturnCheck, who answered my questions for the purposes of this interview if he had anything that he’d like to add. He said, and I paraphrase:

We treat all Jeepers the same, no matter what kind of Jeep you own. Whether it is stock or modified, whether you use it to go to the mall or Moab, if you have a love for Jeeps you are welcome in The Jeep Mafia.

For me, The Jeep Mafia is a breath of fresh air. It is a worldwide camaraderie of Jeep lovers. It is in fact a world wide Jeep club.

The ability to connect with other jeepers who are just as passionate as you are about the Jeep life anywhere you might be. This is something that is only possible because of social media and people like the fine jeepers at The Jeep Mafia.

Personally I encourage you to get to know them and to become a part the movement!