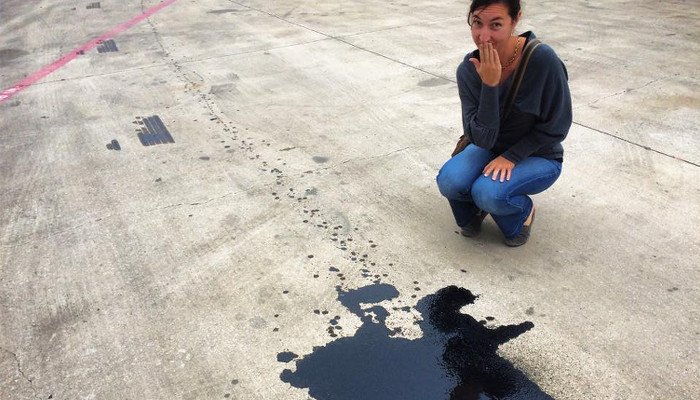 Any home you own, whether it has wheels or not, is going to need repairs and maintenance. It’s just a fact of life. Considering we live in a house composed of thousands of parts that are constantly being bumped and shaken, our first year on the road was not so bad as far as repairs were concerned.

The biggest inconvenience (and biggest difference between an RV and “normal” house) is that we have to vacate the premises whenever repairs are done. This takes careful scheduling, and usually means we collect maintenance items to knock out all at one time.

We’ve visited three repair shops since our big breakdown in July, which I want to describe here. I’ll conclude with an overview of all our repairs and maintenance in 2014, as well as associated costs.

We own a timeshare near Orlando, FL that’s ours to use every year at the beginning of November. As an added blessing, there’s a Camping World service center less than 10 miles down the road. So this year, we saved up maintenance items for our week in Orlando. We had a comfortable place to stay, and Camping World had 6 days to get everything done. The timing worked out perfectly, and we didn’t have to pay for RV storage!

This is the work we had done on our 2004 Tiffin Phaeton diesel pusher:

The AC service was a third of our total cost.

In late November, we started noticing a power issue when we were on the road. It took more time and effort to accelerate, especially at the beginning of a drive. When we had to go over bridges, we couldn’t get past about 45 mph. By the beginning of December, even the tiniest inclines resulted in deceleration. We knew this was not normal for our powerful diesel engine!

When we were staying in Beaumont, TX at the beginning of December, we knew we had to get Meriwether looked at and we started calling around to get an appointment. We couldn’t find anyone who didn’t have crazy waits – like 6 weeks!

Finally, we got in touch with Iron Horse RV on the north end of San Antonio. Eric described the symptoms to owner Daryl Waldrop, and he was pretty certain our fuel filter was the problem. We hadn’t changed it during our time of ownership, and he said it needed to be changed annually. So Daryl agreed to fit us in if we could be there by the next morning. He said he’d change the fuel filter, but they wouldn’t be able to do anything if the fuel filter wasn’t the problem.

So we made the 5ish hour drive from Beaumont to San Antonio. Well, it should’ve been about 5 hours, but it ended up being longer because Meriwether couldn’t travel at the proper speed. It was tedious.

But we were at Iron Horse at 7 AM they next morning when they opened. They got us in and changed the fuel filter…which probably hadn’t been changed…ever.

Unfortunately, Meriwether wouldn’t start after that. No one knew what the problem was, and it took some time to diagnose. For a while it looked like the fuel pump, which would’ve cost us thousands of dollars and made us homeless for who knows how long.

But they blew out the fuel lines, and turns out there was a piece of trash stuck in there. Which was likely the cause of our power issue all along.

It was honestly really awesome to work with Iron Horse RV and meet Daryl. By the time we walked out the door, he was also our newest client. So if you’ve read this far, give Iron Horse a like on Facebook, it would make us really happy. <3

Nearly half of that cost was a diesel performance additive. They didn’t charge us to blow out the fuel lines.

December: Oil Change Which Turned Into a Mess

We were counting our blessings as we drove out of Iron Horse. Not only because our problem was fixed for a low cost and we had a new client, but also because we were going to make it to New Braunfels for the oil change appointment we had at Camping World.

But no sooner had Eric pulled in than a fork lift tech started yelling at him to turn off the engine. Why? Because we were spewing oil everywhere.

So began a few more tortured hours (it was a stressful day). The Camping World techs couldn’t figure out the problem. They thought they had to order a part which wouldn’t come in until the next day, so we went back to Meriwether to pack an overnight bag before finding a hotel. But Eric had been on the phone with Daryl back at Iron Horse.

To the best of my knowledge, our oil leak was entirely unrelated to the work Iron Horse had done that morning. The fuel and oil systems are separate. And yet Daryl had multiple phone calls with Eric after we arrived at Camping World as he tried to help us troubleshoot the problem.

Eric ended up putting Daryl on speakerphone with the techs at Camping World while they were looking at the problem in our rig. Without seeing anything himself, Daryl told the techs what he thought the problem was: a specific oil hose had rattled loose. The techs found the precise oil hose Daryl was referring to. It was loose.

We got our oil change finished and got back on the road. We made it to McKinney Falls State Park in Austin as planned, and even made it downtown that evening for one of our favorite monthly networking events.

Is that a lot? For Year One of owning a 10 year old RV that was sporadically maintained by the previous owners, I don’t think so. I’m really content. I don’t expect to spend that kind of money on repairs and maintenance in 2015. Instead, we plan on spending on aesthetic upgrades, like new blinds for the whole coach.

But I’d love to hear about your own experiences! If you’re still contemplating getting on the road, I hope this information is helpful. It’s a lot to take in, but we’re gradually learning what all needs to be maintained and considered, and learning is what life is all about.

As a final note, we’re taking Meriwether back to Iron Horse later this month. Daryl has promised to help us create a comprehensive maintenance plan. I look forward to sharing that with you!