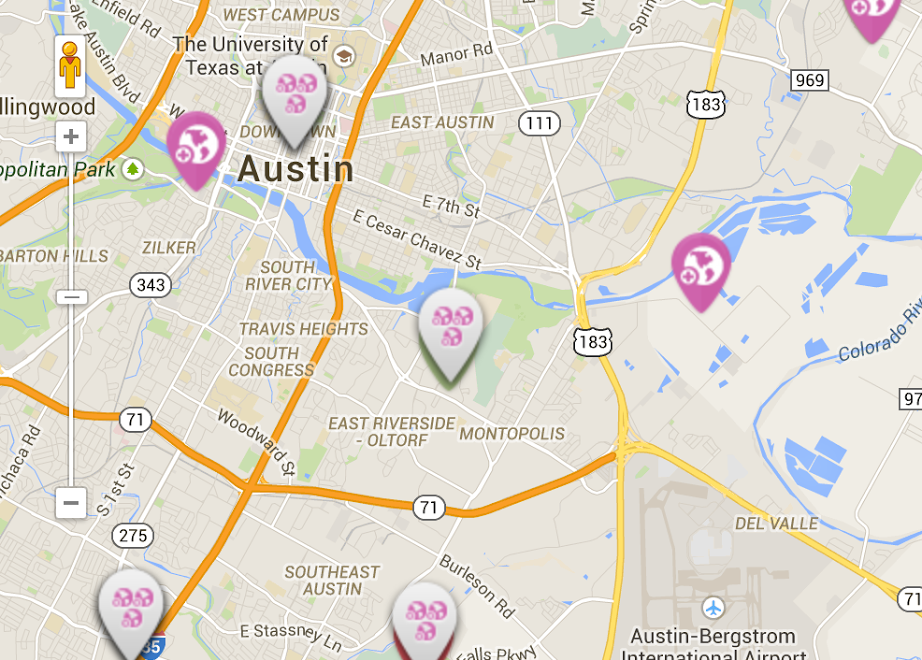 To be honest, whenever someone tells us about a new online platform, page or group for RVers, we kind of wince and half heartedly agree to take a look. It’s not that we’re too cool for school, believe me. It’s just that we’re already a member of so many, and most of them we hardly ever use.

Hey, it isn’t personal, we just have a life to live and we don’t want to always be online if you know what I mean. After all, we’re supposed to be out exploring the country, right?

So Many Platforms, So Little Time

But this wasn’t always the case. When we first started full time RVing just over a year ago, we tried to be involved in every group, page and platform we could.

We were stalking RV bloggers like Nina and Paul from WheelingIt.us, Lynn and Clark from Tales From the Mutiny, Kristin and Jason of The Snowmads, Jason and Nikki at Gone With the Wynns, and Chris and Cherie of Technomadia, as well as countless others.

We were doing our best to learn as much as we could about the lifestyle, devouring information as fast as we could take it in.

So when Cherie Ve Ard of Technomadia messaged me on February 22, 2014 about a new platform for RVers coming out, I was really excited about it. I had been following everything Technomadia published for quite some time, so it was really cool to hear from her directly. I have to admit, I probably went a little fanboy on her when she reached out.

But it was also our first day full timing and we were swamped trying to get everything shut down in Texas so we could head out on our first adventure.  I told Cherie I wasn’t going to be able to look at the platform until later, but I would as soon as I could.

My First Experience With RVillage

I had no idea what to expect when I finally used my Beta invitation. But I logged in curiously. We had left Texas and found ourselves in Natchez State Park, a tiny little state park in the middle of nowhere Mississippi.

As soon as I logged in, a little circle popped up (the interface has changed a little since the beta time). The circle told me there was someone else checked into the same park. I remember that I was laying back on the couch and Brittany was sitting across from me, and I said to her, “Hey, look, this thing says that there is someone else here.” She said, “Click on it.” So I did.

It said Lynn and Clark from Tales From the Mutiny were at our same little park. I was like, NO WAY! I’d totally been following their awesomeness for awhile. I love their blog.

So I gave RVillage a shot and used the messaging function to see if Lynn and Clark would respond. Here’s a screenshot of that original message dated March 12th, the day I first logged into RVillage:

They responded and we went out for dinner and drinks. It was awesome!

After we hung out with Clark and Lynn, I went back and continued exploring this new platform a bit more.

You’ll see other articles on the Interwebz that compare RVillage to Facebook and honestly that isn’t fair. Now that I’ve been using the site for a year, I can tell you it’s only similarity to Facebook is that it’s also a social network.

If you go to RVillage expecting to find a Facebook dedicated to RVers, you’re not going to find what you’re expecting. So don’t do that. Go to RVillage.com and check it out for what it is on it’s own merit.

In my opinion, RVillage is a social network by RVers for RVers that keeps us connected in a way no other online platform does. That makes it special and unique.

Here are some things other things you can do…

Use a map feature to see which other RVers are checked in around you within 250 miles. You can sort by friends or other members of the platform in general. This is really cool when you think about it. Look at all the RVillagers around me as of this writing:

As if that isn’t enough, you can also join and create groups. There are groups for literally everything you can think of. Here’s a screenshot of the groups I’m personally a part of:

You can also create a personal profile, so others can learn more about you. Here’s ours:

After a year of using RVillage, here are four protips to get the most out of it:

Final Thoughts on RVillage After Year One

Some RVers have lost interest in RVillage, others use it sporadically and others like me use it daily.

Want to know my true thoughts?

I think the platform will continue to grow, and I think it will only be as good as those of us who use and support it.

So if you think what the RVillage team is doing is cool, innovative and unique, get behind ’em. It takes a lot of work, time, passion and money to put something like this together.

And always remember, it doesn’t cost you a dime.

So check it out. And if you get on there, send us a friend request!