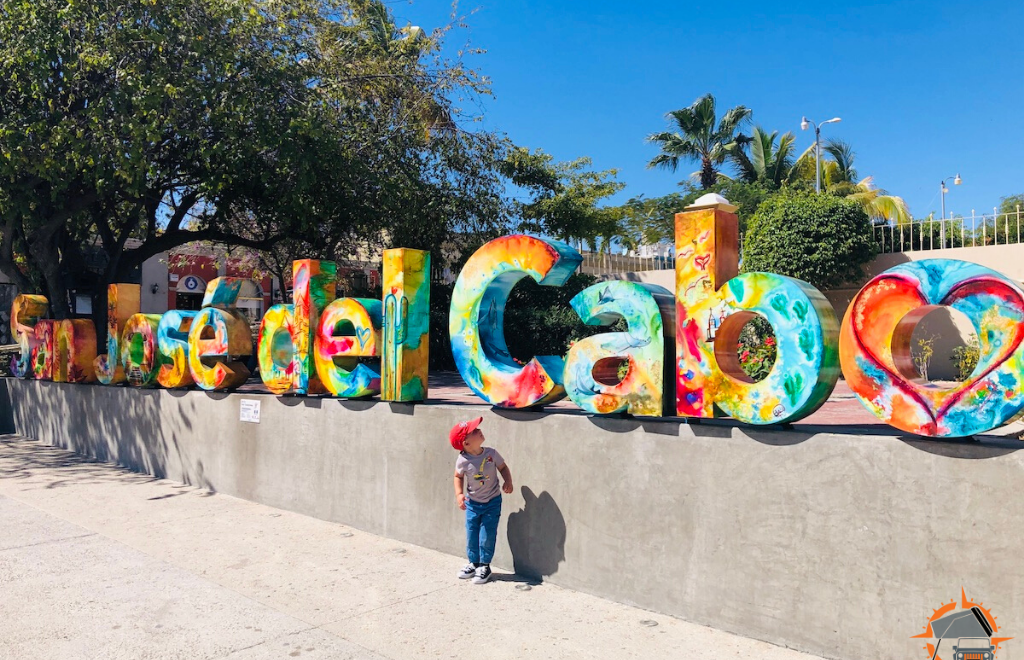 It’s 5:09 a.m. I’ve already snoozed my alarm once. In the darkness, I become aware of breathing in each ear. My husband and three-year-old son are facing me on either side, having moved close in their hours of sleep. As they consume my personal space, they leave chasms on the far sides of this roof top tent tree house we’ve slept in for the past month.

I’m so tired. I gingerly peel back my half of the double sleeping bag and pull my legs out from the oven in my attempt to go quietly. I race to pull on clothes for the morning chill, and find my wherewithal to hold the ladder on my way to the ground.

Where is the bathroom this time? We’ve been moving almost every night. Some bathrooms are in the sand dunes, but this one flushes. It’s down a brick tile pathway, past the pop-up trailer of our host and the washing machine that sits outside. Around the corner of a two-story house (I have no idea who lives there or what their connection is to me) to a bathroom/shower room behind.

It’s dark and I’m immediately aware of how much I don’t know about my neighborhood. The bathroom door has cracks in it, several, which I realized the night before when I was getting ready to take a shower. But everything is quiet and dark this morning.

I return to our Jeep. My makeshift work station is a fold-out table with a small Tupperware container on top of it, which allows my laptop to sit high enough that I don’t sustain a permanent neck injury. Maybe. The birds are already calling, but the sun won’t rise for another half-hour. If the morning goes smoothly, the peaceful breathing inside the roof top tent will continue until I unzip the door and let the light in.

Don’t know why, but I was inspired to write down the little details of day-to-day overlanding life when I woke up in Cabo San Lucas. It was a rough night, so maybe I just needed to ground myself.

I had zero intention of spending the night in Cabo San Lucas. In fact, I was inclined to drive right through on our way from Todos Santos to Los Barriles.

But two things were against me. First, Eric was curious and wanted to see a bit of the city. And second, we needed a place to sleep.

Eric had done some research and multiple people, including locals, said not to wild camp in the Los Cabos area due to crime (Cabo San Lucas and San Jose del Cabo to the east are collectively referred to as “Los Cabos).

But unfortunately, there are zero campgrounds in San Jose del Cabo–as hard as it is to believe with such a large city.

We were left with a couple of choices: find a camp in Cabo San Lucas or basically skip seeing Los Cabos altogether. So I reluctantly agreed to stay at a place called Cabo Surf House in central Cabo San Lucas.

And look, I’ll be clear. If your heart’s desire is to live it up in Cabo San Lucas for a couple of days, then you’ll likely love parking at Cabo Surf House. It’s within walking distance of the marina, a big mall, and all the nightlife you could want. There’s a bathroom and hot shower, and you’re basically staying in back of a cool pizza restaurant.

But if your heart is telling you Cabo San Lucas isn’t your scene, then you may not be happy when it’s 12 a.m. and you can’t decide which night club’s electronic beat track to listen to.

After our afternoon and night in Cabo San Lucas, I didn’t have high hopes for San Jose del Cabo, which is along the coast to the east. But we had barely entered the central area when I could tell this city was completely different.

We enjoyed the late morning walking around. While there were definitely the tourist shops, there were also high-end boutiques and charming gift shops. After all the hype surrounding Todos Santos’ artists, I was impressed by the number of real artisans here.

I told Eric at least three times, “I wish we could’ve spent the night here.” Seriously, can someone tell me why there are no campgrounds in San Jose del Cabo?

All told, we spent less than 24 hours in Los Cabos. While it was rushed, reality is we’ve started to be tight on time as we turn north. Fortunately, the rush was worth it because it meant we got to Los Barriles that much quicker.

More on that in our next edition.