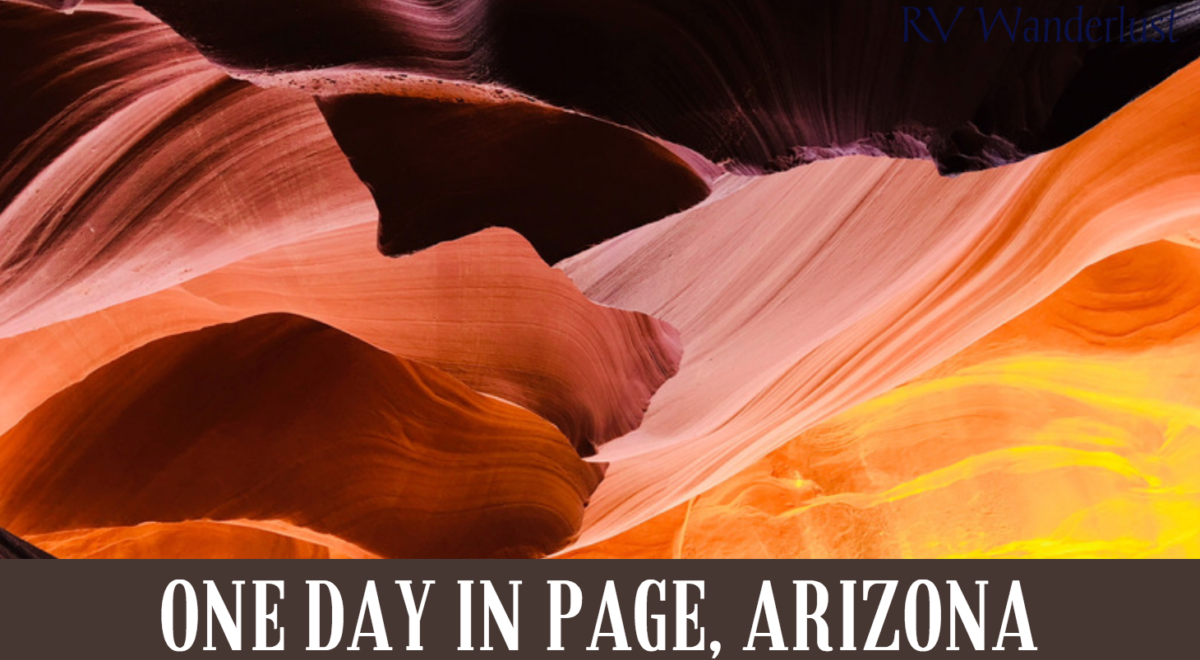 It doesn’t matter how long we travel. New places and new experiences continue to stretch us, and the excitement never goes away.

Dry camping hasn’t been an emphasis for us throughout more than four years of fulltime RVing. While we have our reasons, we never stop questioning the way we do things: asking ourselves whether there’s something better outside our norms and comfort zone.

Shortly before we started our Western Mountain Loop Trip, I told Eric, “We’re not doing it right.” I felt like we had been taking the safe, routine route: staying in private campgrounds with full hookups and a strong Internet signal, while missing experiences beyond the edge of civilization.

With that unsettling realization, I decided this year would be different.

And it has been. Over the past 53 days, we’ve had full hookups (power/water/sewer) less than half the time, with three locations that were 100% dry camping.

I know this isn’t noteworthy for some of you, but it’s a big deal for us. Actually, it would’ve been a big deal even before we had Caspian. It’s even more of an accomplishment with him along for the ride.

In the vein of getting outside our comfort zone, we left Flagstaff a day earlier than originally planned. We took a slight detour to Page, Arizona, for an unbelievable campsite and spontaneous adventuring.

Thanks to a couple of accounts I follow on Instagram, I discovered Lone Rock Campground on Lake Powell, which is part of Glen Canyon National Recreation Area.

How did I not know about this place? It’s gorgeous.

The fee booth is a short distance from the main road. Camping is $14/night with a 14-day stay limit. Once through the fee station, you’ll come to a turn-off on the left. There’s a dump station and water spigot, plus a parking lot overlooking the lake.

There’s no shame in camping here if you’re still getting to know your rig and capabilities as a driver. I barely convinced Eric to let me drive our RV down onto the beach. But the waterfront is where the real beauty is.

But there’s something we need to talk about. Sand.

We took our time scouting a route with our Jeep. There are multiple “roads” down to the water, with varying levels of bumps and sand drifts. Not only that, but the beach has deeper sand in some places. The last thing we wanted to do was get stuck with our 30,000-pound motorhome. (A rented Class C was extremely stuck, and had to get towed out the next day.)

Ultimately, we found the perfect route and the perfect camping spot. I took my time driving down, alternating between idling speed and gently touching the brake. I came off the “road” onto rock that was barely dusted with sand. Even though we ended up just feet from the water, we were solidly parked on rock.

In case you’re wondering, we drove past the restroom building. Once we dropped off the pavement, there was a “Y” in the road leading towards the beach. We took the left side of the “Y,” which eventually led to the rocky part of the beach.

This campground speaks for itself, so there isn’t much more to say. I should note, however, that Lone Rock gets busy in the summertime. We were there on a Friday in mid-April, and were surrounded by other RVs and tent campers. Quite frankly, I can envision it as a wild Spring Break-type scene during peak season. So keep that in mind as you make plans. It’s beautiful, but it’s by no means secluded.

Eric toured Antelope Canyon years ago, before we were married. I’ve been wanting to go ever since–definitely a bucket list item for me. I called Dixie Ellis’ Lower Antelope Canyon Tours on Friday morning and was able to make a reservation for 8:15 a.m. on Saturday.

Tickets are regularly $38.10 per adult and $19.05 per child, with no charge for children seven and under. They also offer a military discount, so Eric and my tickets ended up being $36.79 each after tax.

Since Lone Rock is just across the border in Utah, which actually does recognize Daylight Savings Time, I had to do a little bit of time zone math. But we made it to Dixie Ellis before our 7:45 a.m. (Arizona) arrival time.

While we waited, Caspian entertained a tour bus worth of Chinese tourists. There are definitely pictures of him all over Qzone. I ran next door to Ken’s Tours for coffee. They have a selection of snacks and drinks there, plus a gift shop.

Our tour lasted an hour and it was everything I’d hoped it would be. There were a lot of stairs, some of which were steep and semi-scary. I’m so glad I had Caspian safe in the carrier. I can’t imagine taking a hyperactive toddler down some of those flights of stairs, so keep that in mind.

Our tour guide was extremely kind, as were all the other Dixie Ellis guides we met. As might be expected at a tourist hot spot, there was a lot of emphasis placed on taking pictures. Our guide was constantly suggesting angles and even phone camera filters, pointing out things we wouldn’t have noticed. After a while, though, the emphasis on photos started to take away from the experience. So I tuned it out and just looked around.

All in all, I highly recommend Dixie Ellis and Lower Antelope Canyon in general. Friends have told us it’s less busy than Upper Antelope Canyon. PLUS, some of the other tour companies transport visitors to the canyon on an open-air truck bed. Even in mid-April, we could tell those people were freezing.

We couldn’t leave the Page, Arizona area without visiting Horseshoe Bend. The hike is only 3/4-mile round trip, though it involves a moderate ascent that is best avoided at lunchtime.

Do what you can to visit during off-season or early in the morning. I wish I could’ve been there by myself, rather than crowded by other people. It’s an incredible, memorable vista that deserves quiet reflection.

Last but not least, a shout-out to Big John’s Texas Barbecue where we ate dinner. Even though our server may not have been sure about the difference between moist and lean, when the meat was served, it was a taste of home.

What are your favorite things to do and see in Page, Arizona?