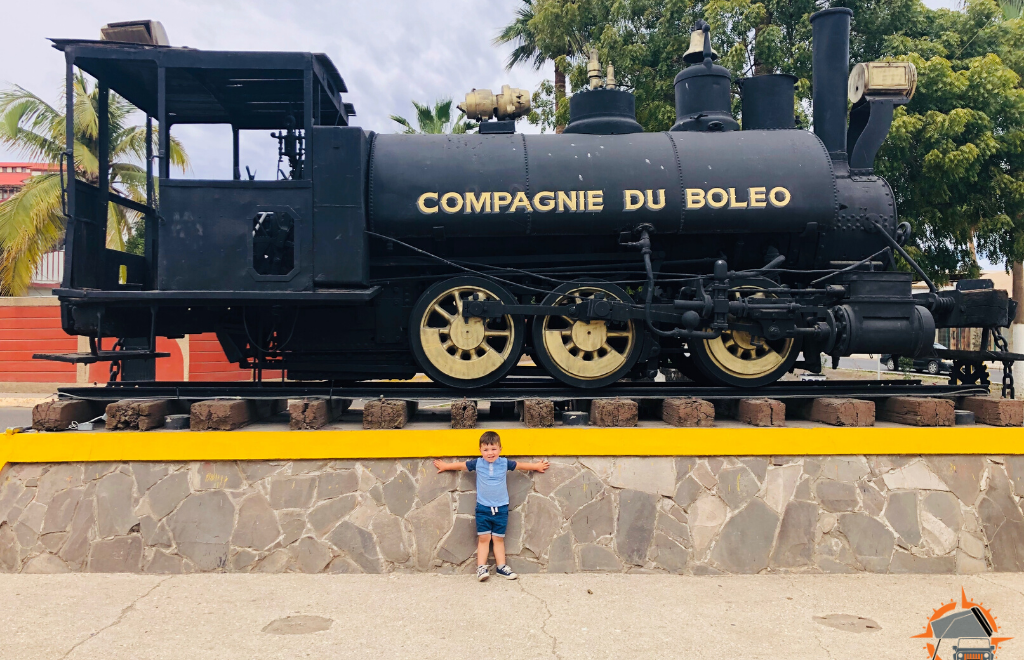 Some of us take vacation to escape or reset. Full-time travel doesn’t work that way. It isn’t a sabbatical with an end in sight. It’s a lifestyle that brings every normal problem with it. All of our character flaws, relationship issues, and financial concerns accompany us along the way. Though the scenery may change, our circumstances may not.

So we find ourselves on a beautiful beach we can’t quite enjoy because we’re being dive-bombed by black flies. Something so simple can provoke deep doubts. How will we hack it in Africa? We’re not sure yet.

Or we find ourselves taking a break from the roof top tent for one night in a local hotel, but the novel setting is marred by a phone call to an aging parent, followed by difficult conversations about What We Should Do.

Full-time travel can make some things easier. It narrows our choices. It forces us to confront our flaws–to knock the dents out of our metallic skin. But it makes some things much, much harder.

Is there ever a right time to overland internationally when it requires being absent from our home country for such an extended period of time? The kids are young–what about their educational needs? Our parents are aging–what about their health? Our kids are older–how much will we miss of our grandchildren? And before you know it, our own bones are aching too much and our medications are too voluminous…and we never left home at all.

Such were the thoughts that occupied us in Santa Rosalía, a Baja town we deeply appreciated and enjoyed.

See video footage of Santa Rosalía on our Instagram Story.

Note: This article includes an affiliate link. If you get excited about any of the products featured on this blog, we’d love it if you’d shop via our links. This will encourage us to continue investing time in creating useful content!

Santa Rosalía is located on the eastern side of Baja, along the Gulf of California. It’s an hour from Mulegé to the south, and an hour from San Ignacio to the west.

There’s no town quite like it on the Baja Peninsula. Santa Rosalía is a good size, with a full-size grocery store, many restaurants and hotels, and the services you’d expect from a large town. But unlike so many other places around it, Santa Rosalía doesn’t seem to care much about the foreign tourism industry.

Which is everything Baja is missing.

Because the streets of Santa Rosalía are filled with locals living their lives and going about their normal routines, the authenticity is right there. We loved this quality in Mexico’s interior last year, and ignorantly expected to find it throughout Baja.

Because Santa Rosalía is less touched by tourism, fewer people speak English. It feels grittier, with local teens uproariously taking over the town square on Saturday night. But we felt safe and were treated with respect.

One couple said they’d heard Santa Rosalía is ‘unfriendly to gringos.’ But I think this is probably a misconception. Just because there’s no red carpet, doesn’t mean you’re unwelcome. We should seek to respect and understand the places we visit, as we’re strangers in their home.

Where We Camped in Santa Rosalía

Santa Rosalía doesn’t have any campgrounds in the town proper, but there are many options not far from town.

We chose to beach camp just north of the city, on what iOverlander calls Rocky Beach. One reviewer recommended ignoring Google Maps and just following the beach, and that’s exactly what we did. As you head north out of town, there’s an obvious dirt turn-off that leads along the water, while the road goes west into the mountains.

We had no issues with access, though sand conditions can change quickly. The tracks we took were 2WD-accessible. And while there was unsightly trash dumped in many places, our turn-off was clear. All that to say, just explore around until you find a place that looks inviting.

Alas, almost every beach in Baja seems to have its downfall, and this one was black flies. We tried to ignore them, then tried some natural essential oil remedies, but they were objectively very numerous. We’ve got to figure out the bug thing!

Because we liked the town and wanted to be immersed in the center, we decided to grab a hotel room for night two. We were feeling pretty good, since it was only our second night out of the roof top tent in Baja.

We stayed at Hotel Real for 600 pesos ($27.60 USD). While the room wasn’t flashy by any means, I was surprised by how utilitarian it was. In addition to two queen beds, there was a long shelf off the ground for all three of our Red Oxx duffel bags. There was a desk, decent Wi-Fi, a separate counter outside the bathroom where I kept dishes, multiple electrical outlets, and a large bathroom with tons of hot water.

And right outside our room (#13), there were long folding tables and chairs, where we set up our JetBoil stove and ate.

I thought Hotel Real was excellent value for the price, and highly recommend it for cyclists, motorcyclists, and any other overlanders who need four walls for the night.

What We Ate and Saw

Remember the Hotel California/Todos Santos debacle? Well, Santa Rosalía has its own. All of the literature talks about Iglesia Santa Barbara, designed by Alexander Gustave Eiffel of Eiffel Tower fame. But it wasn’t. At least, there’s absolutely no proof–and there are more widely accepted, contradictory claims.

And yet all of the official signage claims Eiffel. But why wouldn’t it, when everyone seems to believe everything they hear?

Researching this was deflating, but it remains true the church was prefabricated overseas, shown at the 1889 exposition in Paris, then purchased by the French mining company operating in Santa Rosalía. When I write it all out, I guess it’s still fairly awesome!

The iglesia isn’t the only thing in town influenced by Boleo Mining Company. In fact, French influence can be seen in architecture all over the city. Panaderia El Boleo, established in 1901, is known for its fresh bread and pan dulce. We loved the polvorones, which are always Eric’s favorite (when he can find ones that remind him of his childhood in Puebla).

Have we moved onto food? Our favorite place in town was Restaurant China City. We may have eaten there two days in a row. The Chinese proprietor speaks a little bit of English, is super sweet, and serves amazing food in huge portions.

On our second visit, we ordered three drinks, six egg rolls, a side of fried rice, and a giant plate of chicken and vegetables. It came out to 155 pesos before tip ($7 USD). And it was /good/. Writing this is making me crave it right now.

Nevería Splash is lovely for ice cream. I became obsessed with Gansitos ice cream in Baja, from the packaged treats that are ubiquitous in Mexico. The treats have a foamy cake base with something like cherry jam and a chocolate coating. So yeah, it makes for a pretty amazing ice cream.

Last but not least, Mas Cafe is a wonderful coffee shop–possibly my favorite in Baja. Right around the corner from Hotel Real, it serves a mean Americano, food, comfortable seating, and reliable Wi-Fi. I was able to get in the zone when I was working there.

Beyond that, we just enjoyed walking the streets and being in Santa Rosalía. I genuinely feel it’s a special place in Baja.

When You Can’t Choose Your Own Adventure

Our last morning waking up in Santa Rosalía, we had four more weeks of Baja on our calendar. In fact, we were preparing to lead a two-week overlanding expedition from San Felipe to San Ignacio, and back. Eric had been preparing since August for the group trip, and fellow expedition members had already left home for it.

But when we heard from Eric’s 88-year-old mom, and others who care about her, that her health was unsteady, we made a choice. We scrapped everything and made a run for the border.

As of this writing, Eric is 1,420 miles into a 1,830-mile marathon to Seattle. He’ll arrive tomorrow. I’m solo with three-year-old Caspian in our Winnebago in California, until we can figure out how pandemic diseases, winter weather, and family love best combine.

It’s all been sudden, and we’re still reeling. But this is the life of full-time travel. For all the times you get to choose your own adventure, sometimes there’s no question where you should be.

We’re a work in progress.